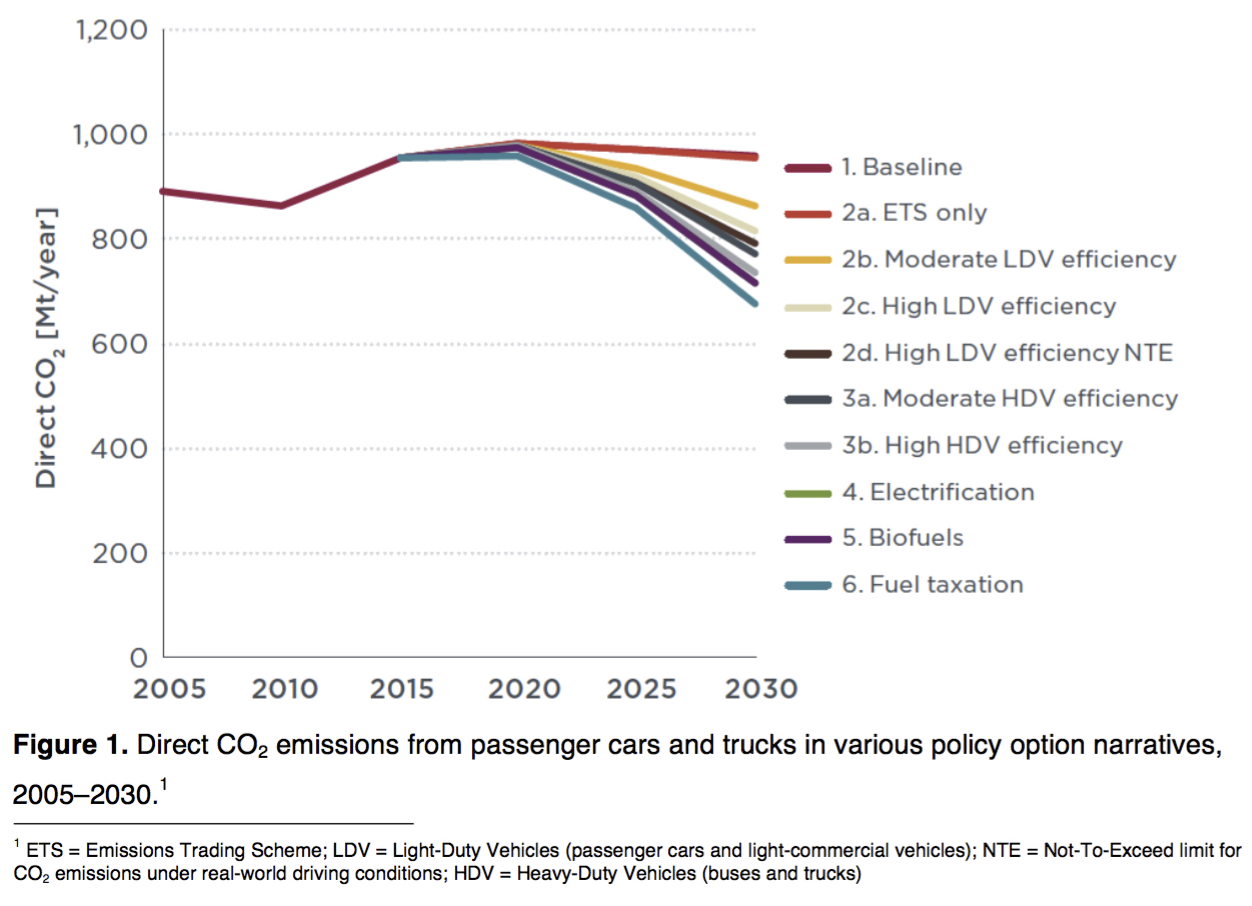 Cost effective new CO2 targets for cars and trucks, tightened car testing rules and a speedier transition to electric vehicles – together with support for advanced biofuels and higher fuel taxes – could together reduce CO2 emissions by 24% below the 2005 baseline by 2030, the ICCT said. In contrast to other major markets, the EU does not regulate CO2 emissions from heavy trucks – but it is widely expected to propose new standards for trucks, along with updated standards for cars, in its ‘Decarbonisation of Transport’ communication to be published this summer.

Speeding up the transition to electro mobility and seeing electric vehicles reach almost one-quarter of the new car market in 2030 could save another 2.1% in CO2 emissions, according to the study. By contrast, including the transport sector in the EU’s emissions trading system would not produce any CO2 reductions, the ICCT found.

Carlos Calvo Ambel, transport and energy analyst at T&E, said: “Action to improve the efficiency of new cars, vans and trucks, improved tests and EU-wide action to accelerate the shift to electric mobility offers Europe’s best hope of cutting its carbon emissions in line with its climate commitments. At the same time these steps will deliver economic benefit from lower spending on oil imports, create jobs and lower bills for drivers and hauliers. It’s a big win-win.”

Earlier research suggested the GHG savings hoped for by the European car and truck manufacturers (ACEA) are grossly overstated. For example, ecodriving practices would only cut CO2 emissions by 2% beyond business as usual in the long term, far less than claimed by carmakers. Instead, the research showed that EU policies, and vehicle efficiency standards in particular, would make a sizeable contribution to achieving the required carbon reductions in the road transport sector.

Carlos Calvo Ambel, transport and energy analyst at T&E, concluded: “Transport plays a fundamental role in achieving the EU’s 2030 ESD targets. An ambitious decarbonisation strategy will give member states the confidence that they can hit their national targets. But if we follow carmakers’ recommendations to focus on resurfacing roads and more unsustainable biofuels, it will be impossible to meet the 2030 targets.”