German drivers top the ranking with €36 billion wasted since 2000, followed by British motorists with €24.1bn, French (€20.5bn), Italians (€16.4bn) and Spaniards (€12bn). Last year alone, German drivers paid €5.5bn in extra fuel due to carmakers exploiting test loopholes, which is more than double the amount of money Germans spend every year on their most popular street food, currywurst [3].

The gap between test and real-world performance has leapt from 9% in 2000 to 42% in 2016 mainly through carmakers manipulating the laboratory test and also through fitting technology (such as start-stop) to cars that deliver much bigger savings in the lab than on the road.

Greg Archer, Clean Vehicles Director at Transport & Environment said: “Carmakers claims of huge progress improving fuel consumption is a scam. Despite regulations to reduce emissions, there has been no real-world improvement in CO2 emissions for five years and just a 10% improvement since 2000 – far less than the industry like to claim. The victims are citizens that have paid out €150 billion for more fuel and are also suffering the consequences of unchecked climate change.”

The car industry and the European Commission claim that a new laboratory test (WLTP) will fix the testing problems. But new analysis by T&E, backed up by Commission’s own Joint Research Centre study, shows it simply introduces new loopholes. By inflating WLTP test results by at least 10g/km the car industry can easily achieve the 15% reduction in CO2 emissions proposed by the European Commission by 2025 as the stringency of the target is reduced by at least half.

Effective fixes to stop the cheating are available, such as introducing a real-world test or using data from fuel consumption meters. T&E analysis shows these would save an additional 108 million tonnes of CO2 equivalent by 2030 and save drivers €54 billion in lower fuel bills compared to the Commission’s current proposal.

Greg Archer added: “The Commission’s inadequate proposal to reduce CO2 emissions from cars and vans after 2020 comes with a new licence for carmakers to keep gaming the system. The result will be EU member states missing their climate targets and drivers continuing to fork out more for fuel. Members of the European Parliament and the EU environment ministers now need to act to prevent car industry colluding to cheat the rules.”

Raising WLTP values is very unlikely to have happened without carmakers colluding. Vehicle taxes are linked to CO2 emissions in most countries so elevating WLTP values would result in higher tax rates on those models. National carmaker associations have been lobbying for member states to raise tax thresholds as a result of the introduction of the WLTP and the raised CO2 values. If only some carmakers raised WLTP values they would be at a competitive disadvantage compared to those companies that produced representative WLTP CO2 test results. It is therefore highly likely that companies have colluded to all ensure that WLTP CO2 values are uplifted by similar amounts so there is no changes in relative competitiveness. 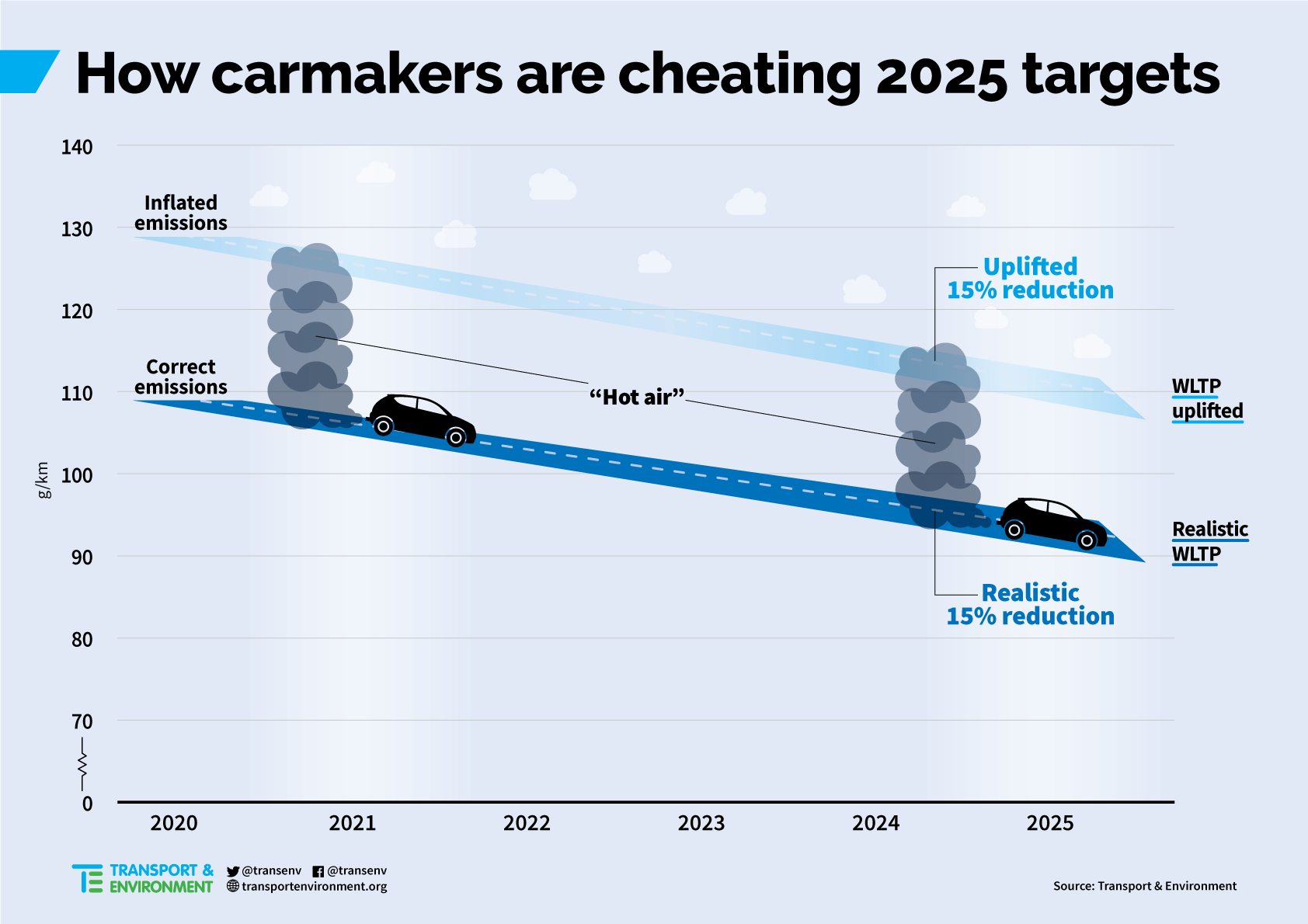