Andrew Murphy, aviation manager at T&E, said: “Airlines grew their emissions right up until this crisis. But this current bust will be followed by another boom in CO2 so long as aviation emissions remain untaxed and unregulated. Governments must break that cycle by sticking with the European Green Deal commitment to rein in emissions growth.”

While airlines’ emissions will fall this year due to COVID groundings, they are expected to bounce back once the global health crisis has passed. Passenger numbers have repeatedly broken records in the aftermath of global shocks such as the 2008 financial crisis, the September 11 attacks, the Gulf War and the SARS outbreak, industry data [2] shows. T&E said governments should support aviation workers through the current crisis, but airlines must be required to start paying taxes and use cleaner fuels once conditions improve. 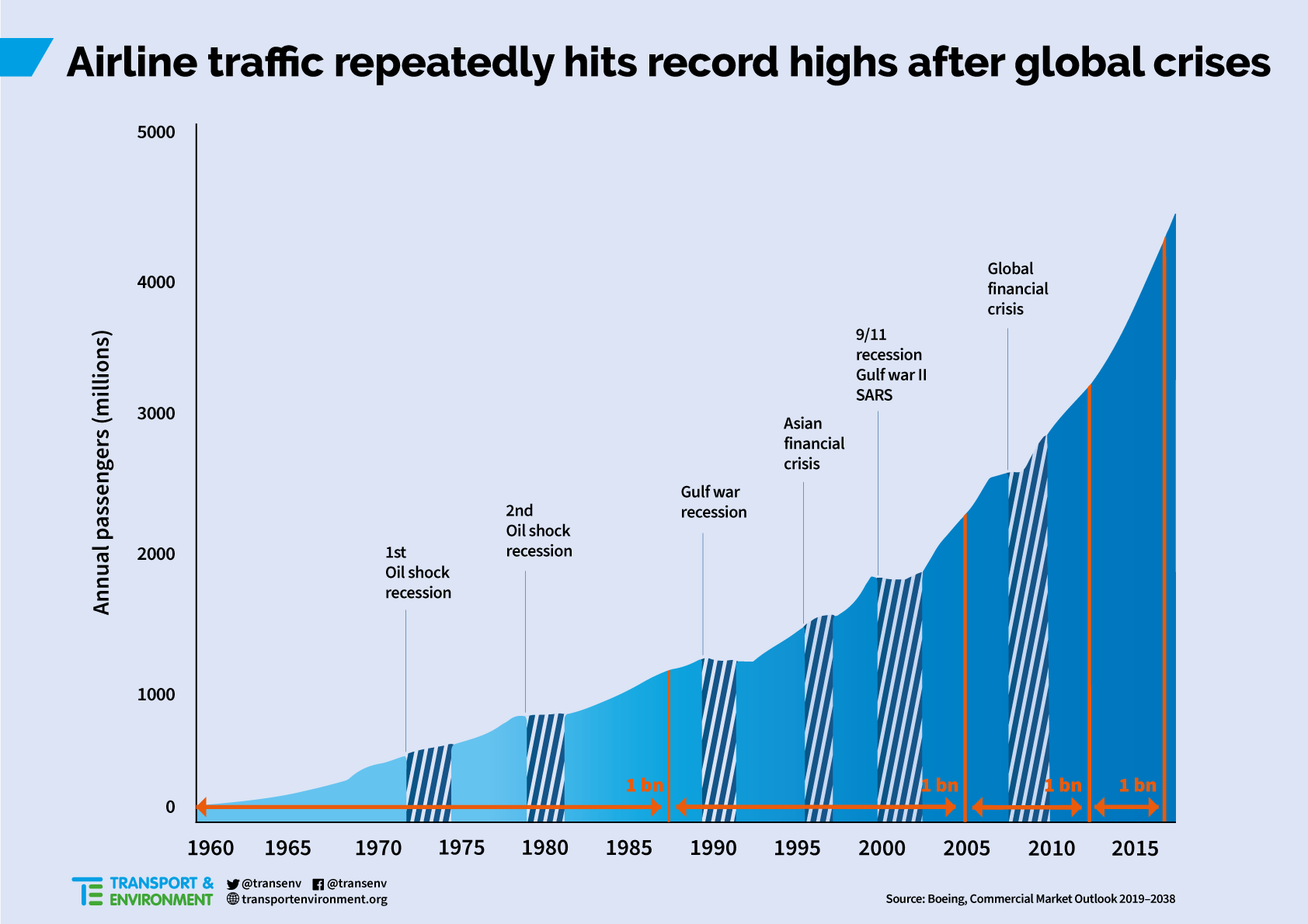 In Europe political momentum has been gathering to end both airlines’ tax exemption and the free pollution permits they receive in the bloc’s emissions trading system. The European Commission last week said it was exploring requiring airlines to start using cleaner fuels such as synthetic e-fuels.

Europe is moving to curb airline emissions due to serious doubts over a controversial UN offsetting scheme for aviation. Known as Corsia, the scheme will allow airlines to continue growing their emissions by buying ultra-cheap offsets – where they invest in environmental projects, such as a hydrodam project which later collapsed, instead of reducing their own carbon footprint.

[1] The 20 airlines were the biggest emitting carriers in 2018. In 2019, five of these airlines – Alitalia, TUI Airways, British Airways, Eurowings, and Norwegian Airlines – decreased their emissions. One carrier, SAS, did not report its pollution on time.