In 2016, according to OilWorld (an independent market analysis publication working on vegetable oils), 33% of EU crop biodiesel came from imported palm oil. This makes cars and trucks the top consumers of palm oil in Europe.

Laura Buffet, clean fuels manager at T&E, said: “Contrary to what the biofuels industry and Copa-Cogeca like to claim, around half of the crop biodiesel produced in the EU is based on imports. EU car and truck drivers are the biggest consumers of palm oil in Europe and they don’t know it. We call for transparency in this opaque market.“

The EU policy push for crop-based biodiesel has led to the creation of an additional market for vegetable oils. According to the Commission’s agriculture directorate, between 2005 and 2015, total vegetable oil consumption in the EU decreased in the food sector (from 15.1 to 13.7 million tonnes), whereas it almost quadrupled in the bioenergy sector (going from 2.9 to 10.5 million tonnes). For instance, the biodiesel sector uses 60% of all rapeseed consumed in Europe.

As the table below shows, the share of EU-produced biodiesel from feedstocks grown or produced in Europe has remained stable since 2009 when the Renewable Energy Directive (RED) was enacted. However, palm oil imports have soared, satisfying most of the growth in the biofuels market, thanks to the EU policy support. This is also the case for waste oils, which double counting under the RED have encouraged . 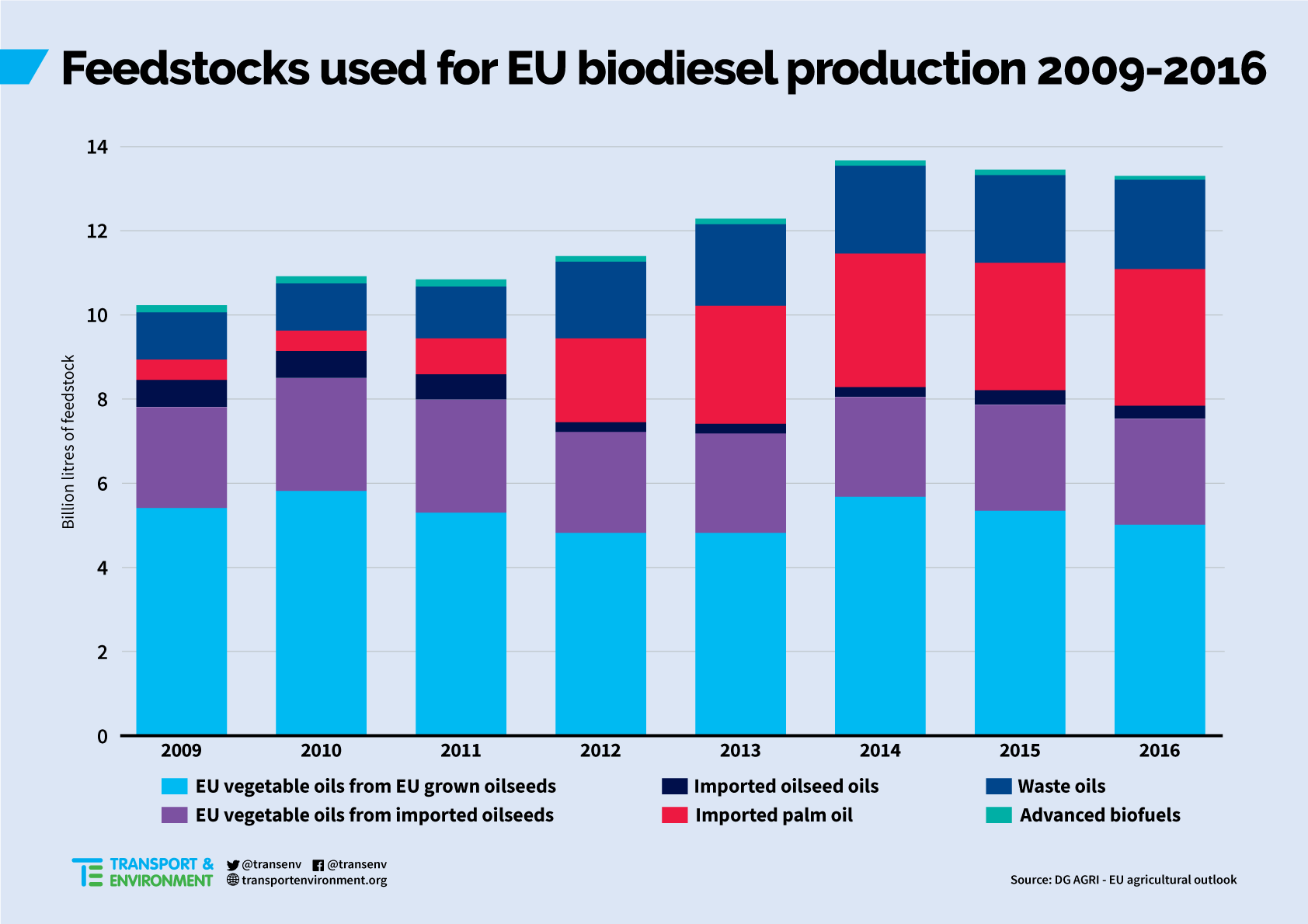 Laura Buffet said: “EU crop biodiesel, including from rapeseed, is worse for the climate than fossil diesel. Phasing out palm oil alone is not going to fix the biofuels policy. MEPs should vote to phase out crop biodiesel as soon as possible.“

The European Parliament is currently reviewing a Commission proposal to recast the Renewable Energy Directive, under which states member states can still count a 3.8% share of food-based biofuels towards their renewable energy targets in 2030. The vote in the leading Environment Committee has been scheduled for 23 October 2017.