The offsetting scheme, known as Corsia, would add up to 17c, on average, to the ticket price for long-haul trips outbound from Europe.[2] Research by the European Commission [3] has shown that the vast majority of offsets, where companies pay others to reduce their emissions while they continue polluting, do not deliver emissions reductions. The EU will decide next year how it will participate in Corsia while also reforming its emissions trading system for aviation.

Jo Dardenne, aviation manager at T&E, said: “The UN’s offsetting scheme won’t make airline polluters change their behaviour one bit. Carriers received billions in taxpayers’ money this year and will pay tiny amounts for offsets which won’t even reduce emissions. The EU should improve its own carbon market, which is a much more effective way of reducing aviation pollution.” 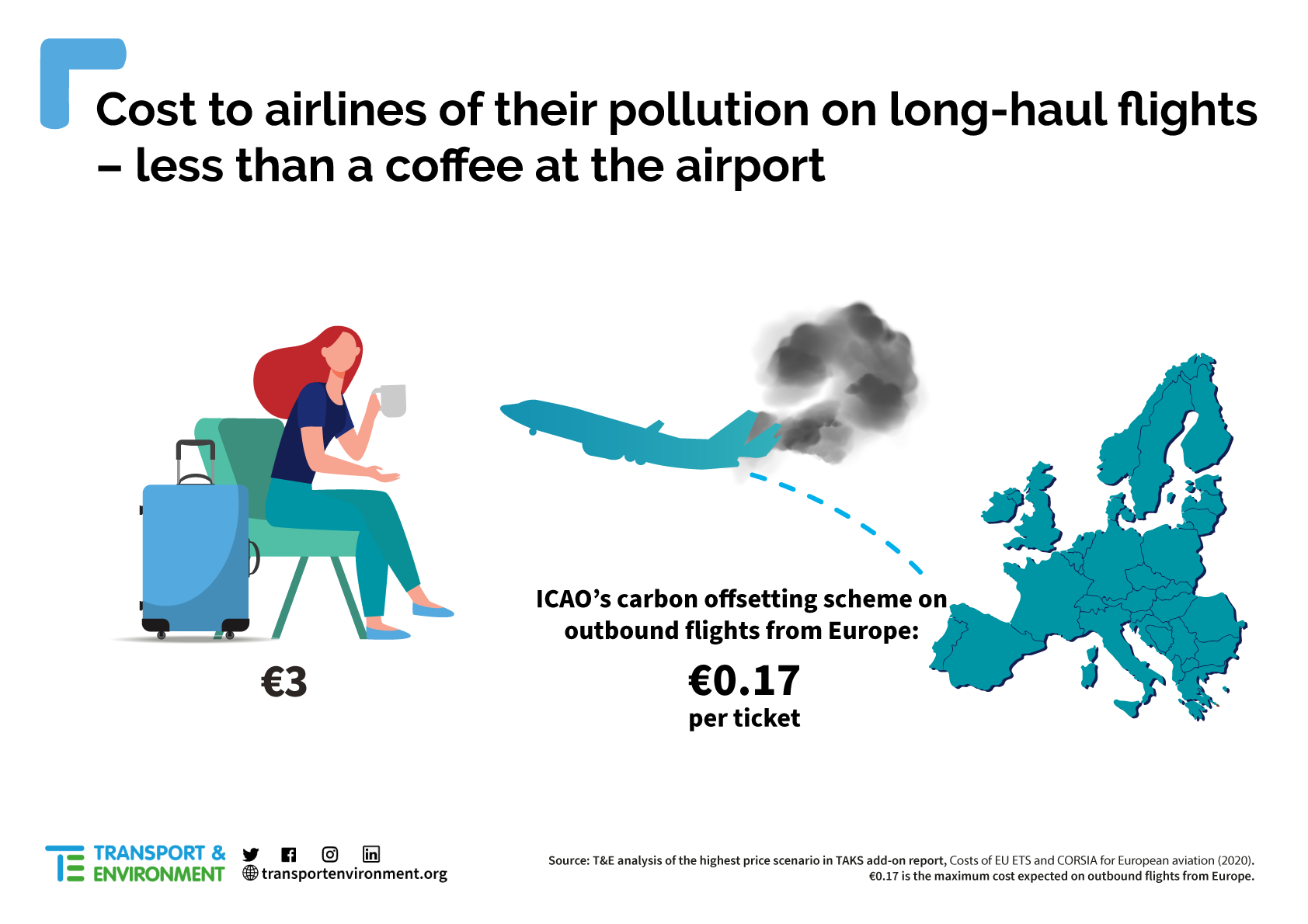 The demand for Corsia offsets will be 50% lower than originally expected for 2021-2030, the study also finds. This is mainly because of the decision by the UN aviation body, ICAO, to bow to industry pressure and change the baseline to emissions levels in 2019 only. Airlines were originally supposed to buy offsets for their emissions above average 2019-2020 levels, but this was opportunistically watered down at the height of the Covid crisis.

Jo Dardenne concluded: “Airlines used the Covid crisis to waterdown what was already a weak CO2 scheme. The European Commission needs to bring in other ways of making airlines change their ways, such as a kerosene tax and requirements to use sustainable jet fuel, as well as an improved EU carbon market.”

Airlines’ carbon emissions grew 1.5% overall within Europe last year and have risen 27.6% since 2013, far outpacing any other transport mode. Globally, aviation is responsible for 5% of global warming.[3]

[1] The study, by the TAKS consultancy, was commissioned by T&E.

[2] Eurostat reported over 410 million passengers in 2018 on extra-EU routes. Corsia’s cost, if only applied to outbound flights, would reach €70.6 million per year, which would represent an additional cost of approximately €0.17 for passengers on those routes. This would be a maximum added cost given the high scenario prices are very conservative in the study, and the passenger numbers used are from 2018, while the study assumed demand would continue to grow.