The report Air quality in Spain in 2017 (in Spanish) analyses data recorded in 800 official monitoring locations across the whole of Spain. The data is broken down by locality and substance. It concludes that in 2017, 45 million people breathed contaminated air in Spanish territory. Also, 97% of the population and 88% of territorywere exposed to levels of pollution that threaten human health. It also found that 2017 was the hottest and driest year in Spain since 1965.

Ecologistas en Acción produces an annual report on air quality in Spain, but this is the first one that includes data from ports. The data collected from ports shows that port areas suffer some of the worst air pollution, and T&E is supporting a call by Ecologistas for an emissions control area (ECA) to be created in the Mediterranean. 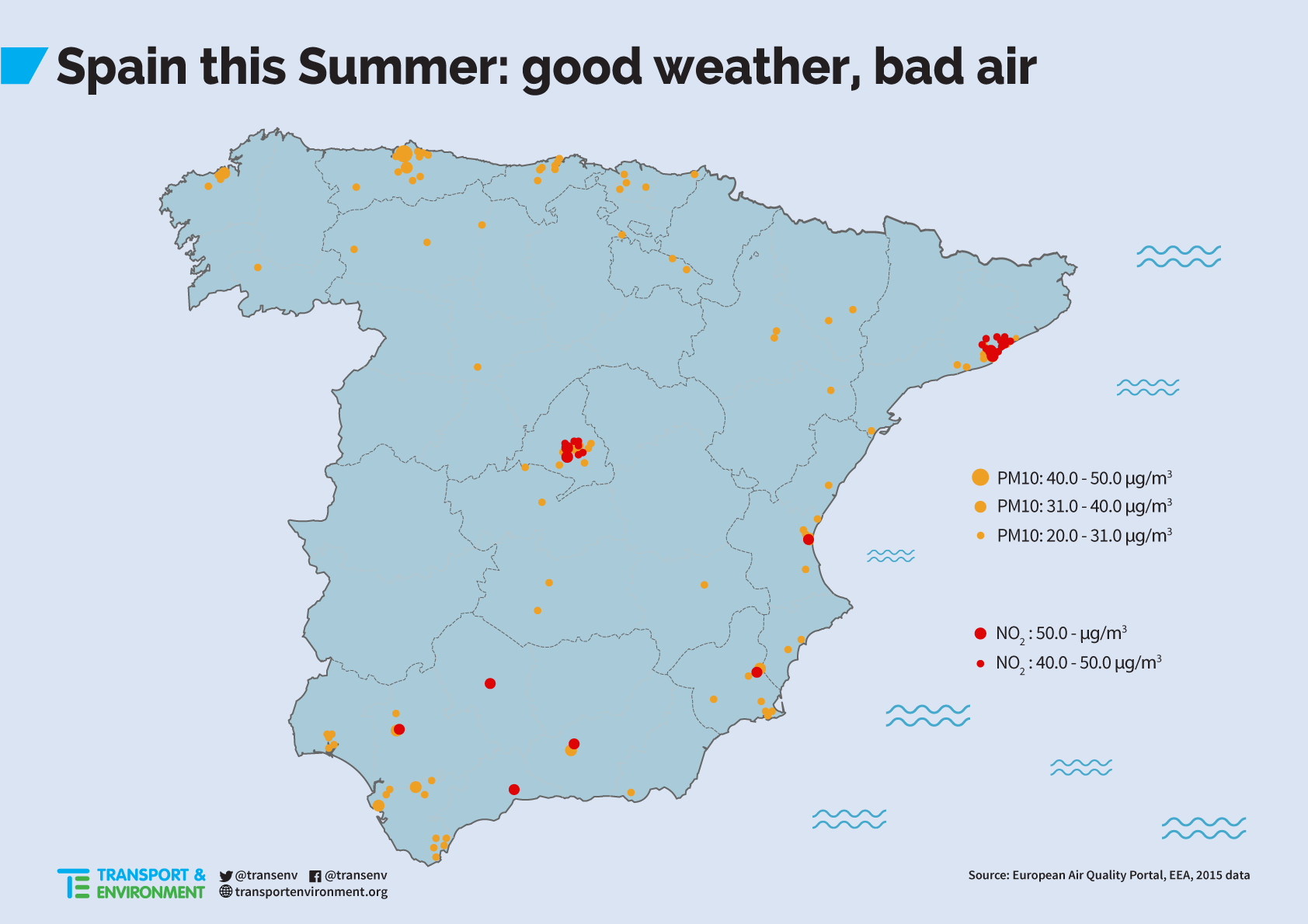 The report looks at the levels of pollution caused by airborne particles (PM10 and PM2.5), nitrogen dioxide (NO2), tropospheric ozone (O3) and sulphur dioxide (SO2), and concludes not only that all these groups rose in 2017 but that this was the second such increase since the economic downturn of 2008.

Nuria Blázquez, transport coordinator for Ecologistas en Acción, said: ‘This report highlights the need to address traditional forms of economic growth, because if economies like Spain’s try to recover from an economic crisis using fossil fuels, we will never tackle climate change and air pollution. The report also makes clear that the primary source of pollution in urban areas, where the greatest portion of the population is concentrated, is road traffic.’

The report also recommends that lawmakers move to reduce traffic in urban areas by ensuring proximity to services and promoting public transport – especially buses – as well as cycling and walking. It also calls for an environmental tax to correct for the favorable treatment of diesel vehicles, which today represent 60% of the Spanish car fleet.