Laura Buffet, oil officer at T&E, said: “Europe’s profligate use of oil is filling the pockets of big oil companies in unstable countries including Russia and Libya. Transport’s thirst for imported oil and diesel costs every citizen around €300 a year – money that flows out of the European economy.”

Europe’s dependence on crude imports has increased sharply in the past 15 years, as has its dependence on diesel imports which doubled between 2001 and 2014 to €35 billion. At the same time, EU domestic production and crude oil imports from countries with a very low risk of geopolitical instability, such as Norway, have decreased – worsening Europe’s energy insecurity. 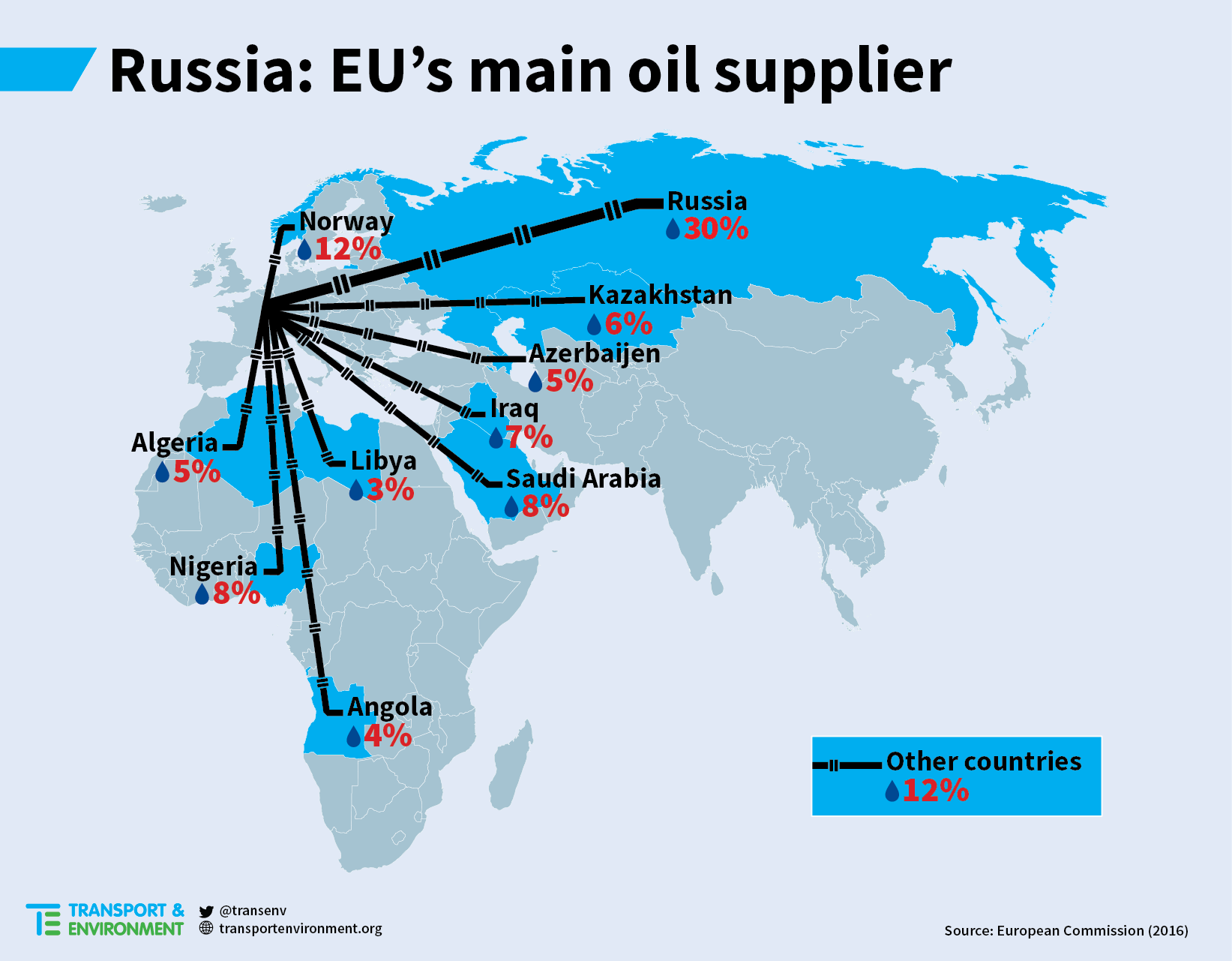 Transport is oil’s biggest customer, driving two-thirds of the demand for final petroleum products in Europe. Measures to decarbonise transport would deliver substantial economic, environmental and energy security benefits because burning oil is directly linked to CO2 emissions. According to a previous Cambridge Econometrics study, driving the shift to electric vehicles would lead to a 1% increase in EU GDP, create up to 2 million additional jobs and reduce emissions from cars and vans 83% by 2050.

The Commission is scheduled to publish a European Strategy for Low Emission Mobility on 20 July, along with announcing the agreement with member states on how much it proposes to cut emissions from the transport, housing and agriculture sectors, which are not part of the emissions trading system (the so-called Effort Sharing Decision). T&E is calling on the European Commission to: propose ambitious new CO2 targets for cars, vans and truck for 2025; develop a comprehensive strategy to drive electrification of transport; take measures to cut shipping and aviation emissions; and end all support for unsustainable biofuels.