Skip to content
Modelling by Transport & Environment (T&E) points to a clear path which involves modest deployments of e-fuels combined with efficiency measures such as wind-assist and speed optimisation.

“Faig Abbasov, shipping director at T&E, said: “If EU shipping is to play its part in rapidly cutting global emissions, it should act now. Only a combination of energy efficiency improvements and zero-emission vessels will get us there. Our analysis shows that even modest deployments this decade can put a sector resistant to change on the right track. The EU should mandate 7% electrofuel deployment by 2030 for all EU shipping as an ambitious but realistic way to fully decarbonise by 2050.” 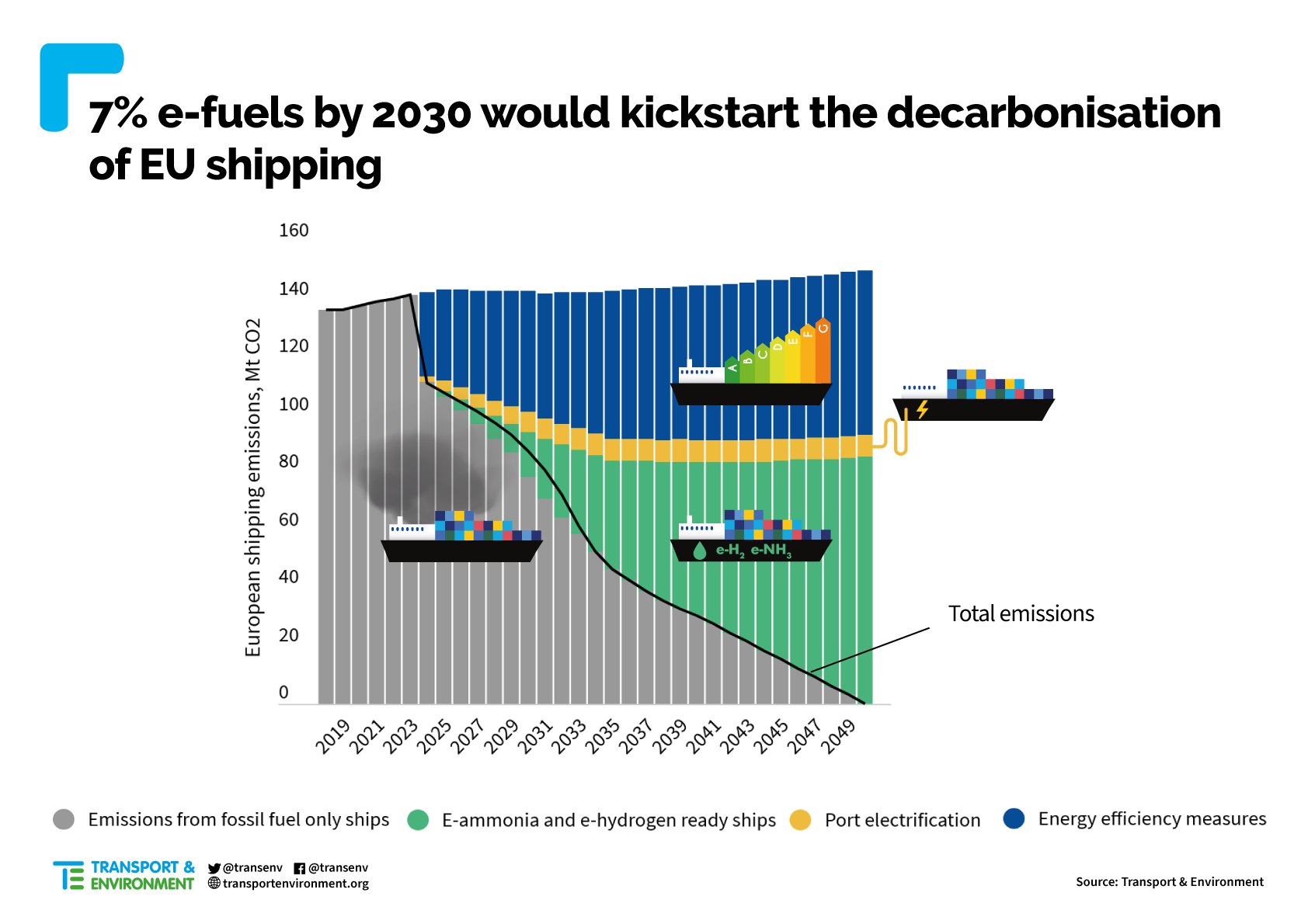 Up to a third of emissions could be cut in 2050 through improved efficiency alone. But this will not be enough to decarbonise the sector, said T&E. If the industry is to cut emissions further it will need to transition to e-ammonia and e-hydrogen which are currently the cheapest green fuel options.

Both could reach up to 7% of the EU shipping fuel mix by 2030 which, the study shows, would give producers the kickstart they need to make enough of the fuels in the coming decades. It would take, for example, the equivalent of 120 of the largest container ships [2] to consume that amount of e-ammonia (4.6 million tonnes). For comparison, the equivalent of at least 130 new natural gas-powered vessels of the same capacity will be deployed in the next three years alone.

The EU should mandate 7% e-fuels by 2030 as part of the forthcoming FuelEU maritime legislation, said T&E.