In contrast, the use of palm oil to make everyday products such as bread, ice cream, hazelnut spread, chocolate, margarine, shampoo and detergent dropped to an all-time low of 2.8 million tonnes. This is because of the European biofuels policy enacted in 2009, which mandates oil corporations to mix biofuels with fossil fuel to supposedly make cars ‘greener’.

This worrying trend can be observed across many edible oils. In the last 10 years, the use of rapeseed, sunflower, soy and palm oil to make food has stagnated at around 12 million tonnes per year. But their use in ‘bio’-diesel has jumped 46%, from 8 million tonnes in 2009 to 11.7 Mt in 2019.

The new research released today by NGO Transport & Environment (T&E) uses data from OILWORLD, the industry’s reference for vegetable oils markets. According to the latest EU data, 45% of global palm oil expansion since 2008 has caused deforestation. This is why palm oil diesel is three times worse for the climate than regular diesel. On average, food- and feed-based biodiesel emits at least 80% more greenhouse gas emissions than fossil diesel.

Cristina Mestre, biofuels manager at T&E, said: “The madness of burning food in cars should stop as soon as possible. This failed biofuels policy jacks up global food prices, drives deforestation and climate change, and threatens both local communities and endangered species. EU leaders have a once-in-a-generation opportunity to phase out all food-based biofuels including palm oil as of next year.” 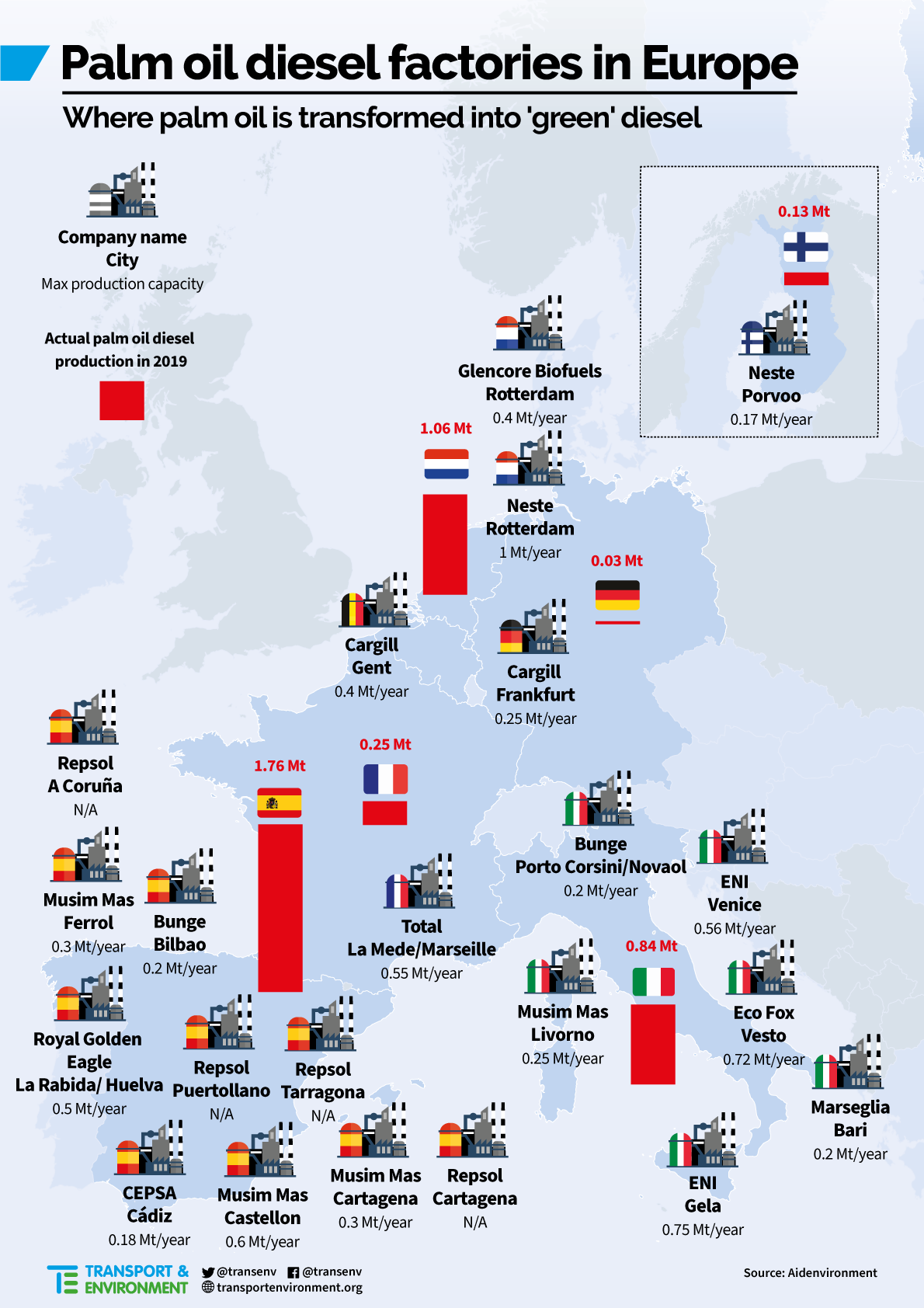