Palm oil production is responsible for rainforests destruction, swamp and peatland drainage and more than half of all the palm oil imported into Europe ends up in the fuel tanks of cars and trucks.

That’s why more than 600,000 Europeans told the European Commission #NotInMyTank. 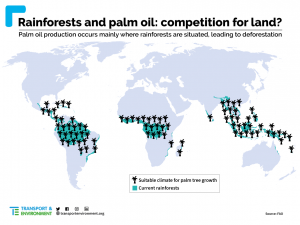 In 2018, 65% of all the palm oil imported into the EU was used for energy. More than half of it (53%) of all palm imports was used to make biodiesel for cars and trucks – an all-time high – and 12% to generate electricity and heating – another record.

Palm oil used for biodiesel grew again in 2018 – by 3% – while the use of palm oil to make food and animal feed dropped significantly, by 11%. 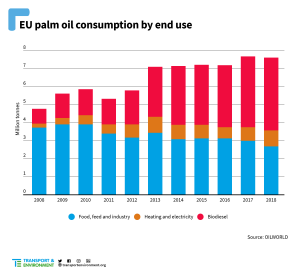 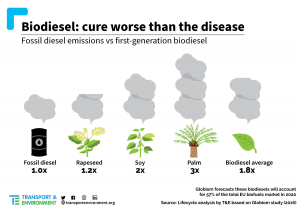