In the European Union, there are two main tools to reduce greenhouse gases, which are responsible for climate change: the EU emissions trading system (ETS) and the Climate Action Regulation (CAR) – formerly known as the Effort Sharing Decision (ESD).

The EU ETS covers between 40-45% of all GHG emissions and it includes most of the power sector, large industries and, currently, intra-EU flights. Installations under the EU ETS need to surrender allowances equivalent to their annual emissions. Allowances are either received for free, bought in public auctions or traded with other installations. 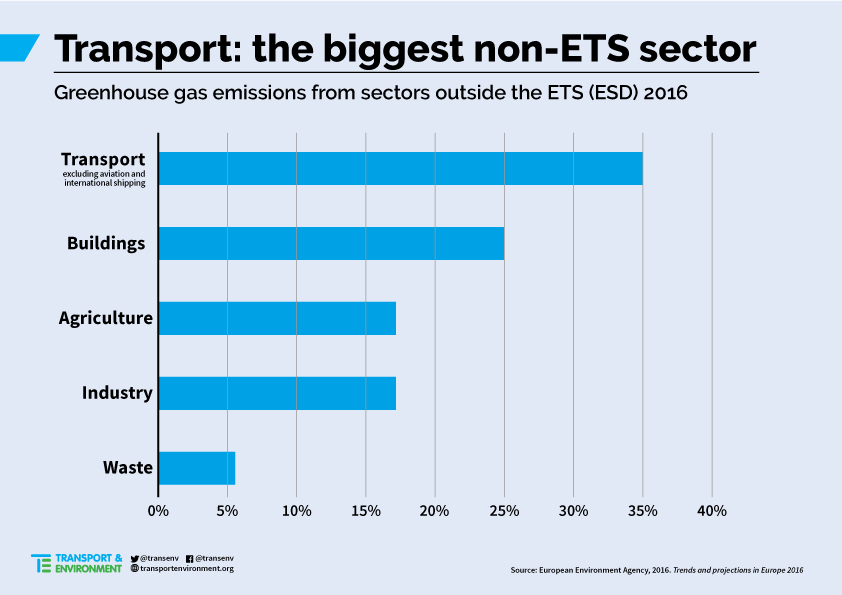 Meanwhile, the CAR is responsible for between 55-60% of all GHG emissions in the EU. The largest sector included in the CAR is surface transport, which is responsible for more than a third of all ESD emissions. It is followed by emissions from buildings, agriculture and other sectors. Unlike the ETS, the entities regulated by the CAR are member states. Each country has an annual reduction target for the CAR sector. If they don’t achieve it, they need to buy CAR allowances from other member states or make use of some of the available “flexibilities”. If they go beyond their allocated target for that specific year, they can save those allowances for another year or they can sell them to another member state. It is the responsibility of each member state to achieve their annual CAR climate target. Each member state has a different CAR target, serving as a sort of national carbon budget for the sectors included.

Sectors included in the 2030 climate targets

The current ESD (Decision No 406/2009/EC) was designed to achieve a climate target of -10% GHG emissions of all ESD sectors at the EU level by 2020 compared to 2005 levels. Each member state has a different target to meet by 2020, and an annual trajectory of targets. In the current period, which runs between 2013 and 2020, some member states with high GDP per capita had to reduce their emissions by 20% while others could still increase them by 20%, as is it the case for member states with the lowest GDP per capita.

Besides having the possibility to trade with each other, member states are allowed to use international carbon credits to comply with their ESD targets. However, the overall 2020 ESD target was not very ambitious. As a result, according to most projections, almost all member states will achieve their ESD targets without the need to trade with each other or without using international carbon credits.

However, the CAR will be different. EU leaders agreed that the target for non-EU ETS sectors will be -30% GHG emissions by 2030 compared to 2005. The European Commission proposed specific targets to member states and the new rules for the ESD running between 2021 and 2030. 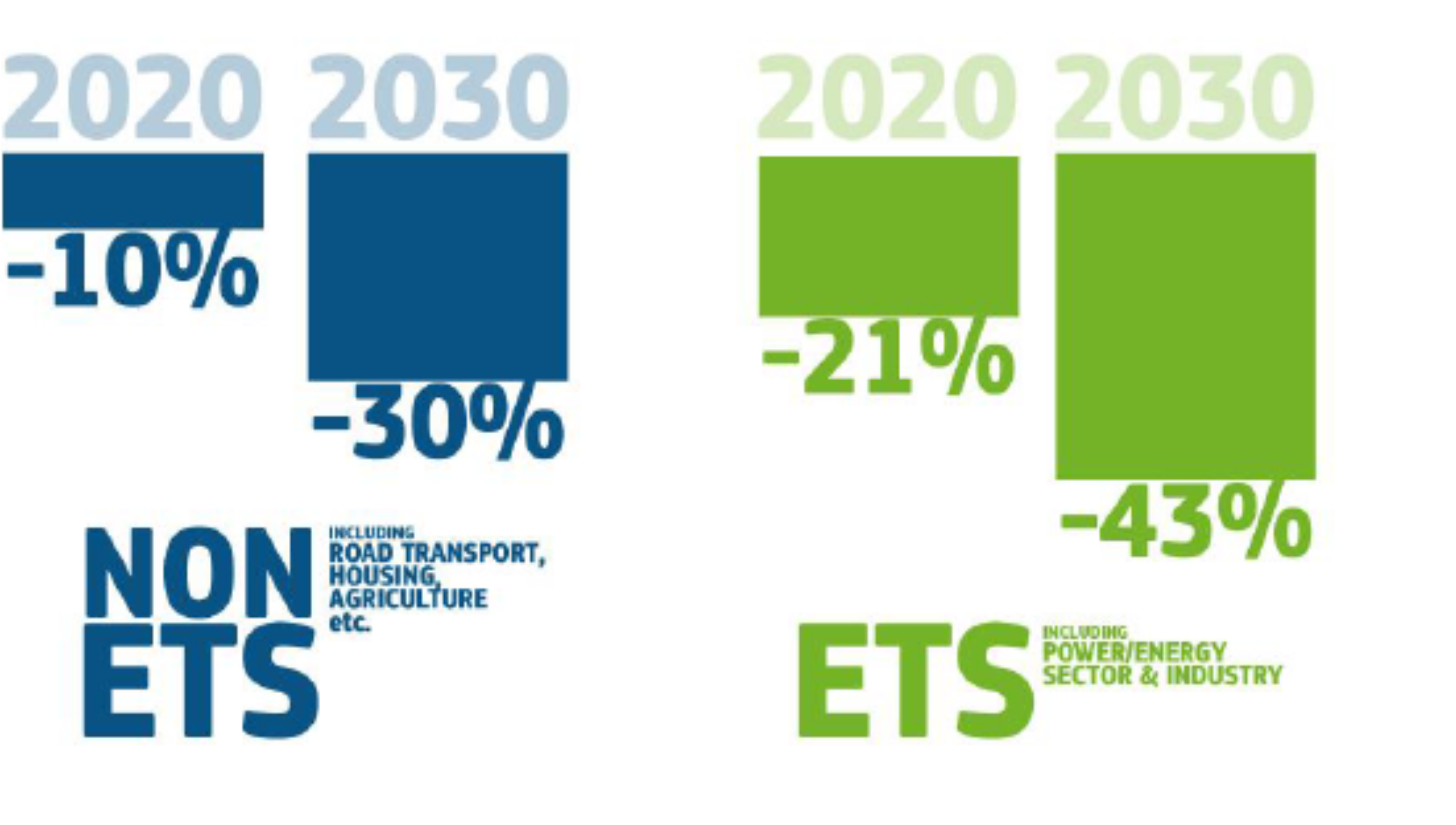 The Commission proposed a text that included several loopholes and a governance system that was far from being perfect or compatible with the Paris Agreement. It undermined the EU’s climate commitments through fine print.

The CAR has the potential to be a game-changer, but it will depend on how countries use the loopholes. A reduction of 30% in these sectors requires real change and long-term thinking at European as well as at national level. Each country will have to set up a carbon budget between 2021 and 2030 and take action to meet it. A legally binding and annual carbon budget forces governments to integrate climate into mainstream decision-making. It also helps create investment certainty for businesses, as they can confidently start developing the technologies, services and solutions needed to hit the targets. A Europe that delivers a strong CAR will be a continent with cleaner vehicles, less congestion, super energy-efficient houses, more sustainable farming, lower energy bills, and more jobs through future-oriented industries. It is also a major opportunity to save billions on oil and gas imports and safeguard the continent’s energy security. This isn’t just about the Paris Agreement and climate policy but also about smart economic policy, security, innovation and improving quality of life.

During the co-decision process, T&E played a very active role in trying to ensure the CAR was as ambitious as possible towards living up to the Paris Agreement.

For a detailed analysis of the how the CAR was agreed, the impacts of the agreed text, and the role of different parties, please follow the link below.