Rebounding oil and gas prices grabbed the headlines towards the end of 2021. But behind the scene there is a growing movement of Big Oil into biofuels.

European oil companies are turning more and more to the production of new ‘renewable’ fuels, especially so called ‘biofuels’. The biofuels business used to be dominated by companies linked with agricultural interests. It’s not the case anymore.

The trend started a few years back, with companies like ENI, Neste or Total shifting to biorefineries and betting on unsustainable vegetable oils like palm to replace crude oil. 2021 saw further major announcements for biofuels plants, including from Shell – whose new mega facility in Rotterdam will be one of the biggest biofuels plants in Europe.

Most of the announced projects like the Shell one still rely heavily on vegetable oils. And in the case of waste, the quantities of true waste are just too small to provide a sustainable production pathway without driving negative environmental impacts and increasing our import dependency.

T&E report showed that Europe’s demand for used cooking oil (UCO) to power its transport could double by 2030 leaving it increasingly reliant on dubious imports. T&E called on the EU to limit UCO in transport and improve monitoring to avoid fuelling deforestation. 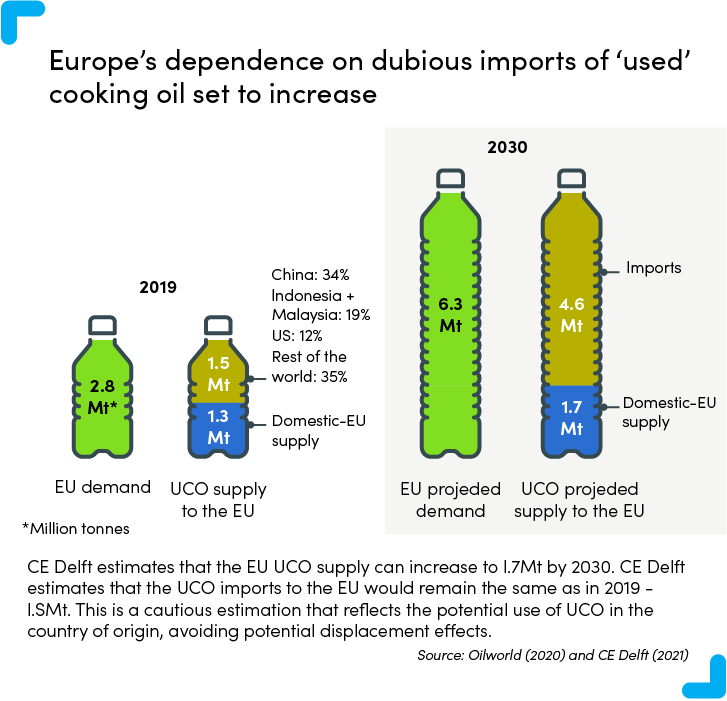 Burning has been a disaster

It is a problem of burning. In 2010, Europe introduced a green fuels law (aka Renewable Energy Directive) in 2010. 10 years later, as T&E analysis showed, EU drivers have burned around 39 Mt of palm and soy biodiesel together, which emitted around 381 Mt CO2eq. This is more than what would have been emitted if EU drivers would have used fossil diesel instead.

Behind that ‘green’ shift to biofuels lies the industry’s inherent need to continue producing liquid fuels and provide a lifeline for the continued use of the combustion engine. It is a distraction from the necessary radical shift to truly zero-emissions technology like battery electric for cars and trucks or green ammonia for shipping. The oil companies, as well as biofuels interests, are taking us, again, down a dangerous path in the opposite direction of climate neutrality. 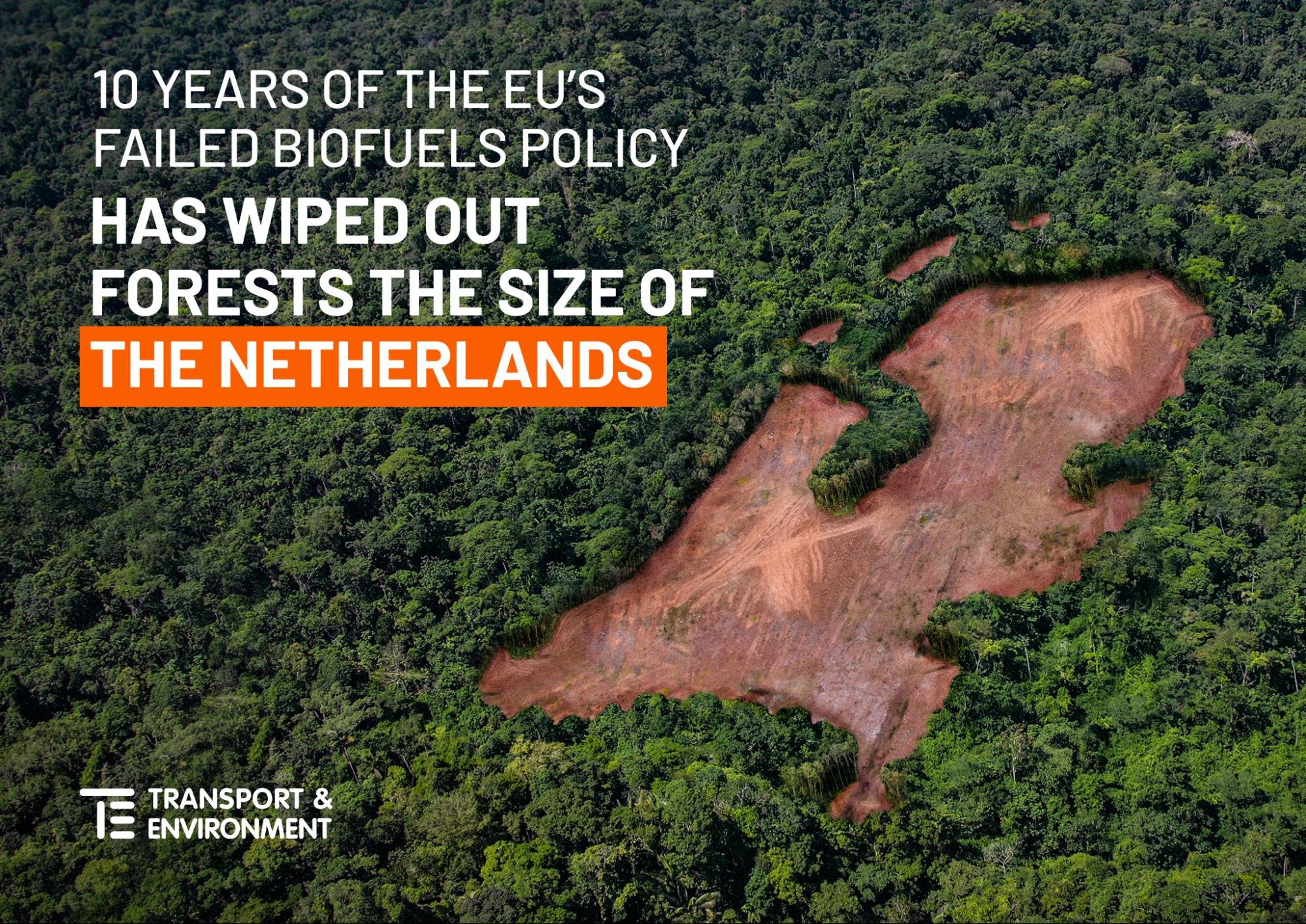 The good news is that several countries, including France, Germany and Italy, have decided to end the support to palm based biofuels earlier than 2030. Even better, thanks to the ‘Fit for 55 package’ released in July 2021, the Renewable Energy Directive will be up for another review. The review is now being discussed in the European Parliament and the Council.

The RED needs to shift focus to support further renewable electricity, phase-out all crop biofuels and fix the sustainability rules for advanced biofuels. Now, we must prevent oil companies from playing the same game as the biofuels industry and locking the RED into false solutions that won’t solve our climate crisis. It’s time to end the negative influence of Big Oil and other companies producing unsustainable fuels in the EU decision-making process. It’s time to go beyond burning (watch this space in 2022).

Hydrogen – the EU must avoid another biofuels

T&E’s energy work wasn’t only about biofuels. Yet, there are some similarities in the EU’s push for hydrogen in transport. T&E’s analysis in December showed that the EU’s plan to mandate green hydrogen in the EU energy mix by 2030 could drive up demand for electricity by almost one-fifth.

This would heap pressure on electricity demand at a time when energy prices are at an all time high. Any increase in hydrogen production is reckless without additional renewables.